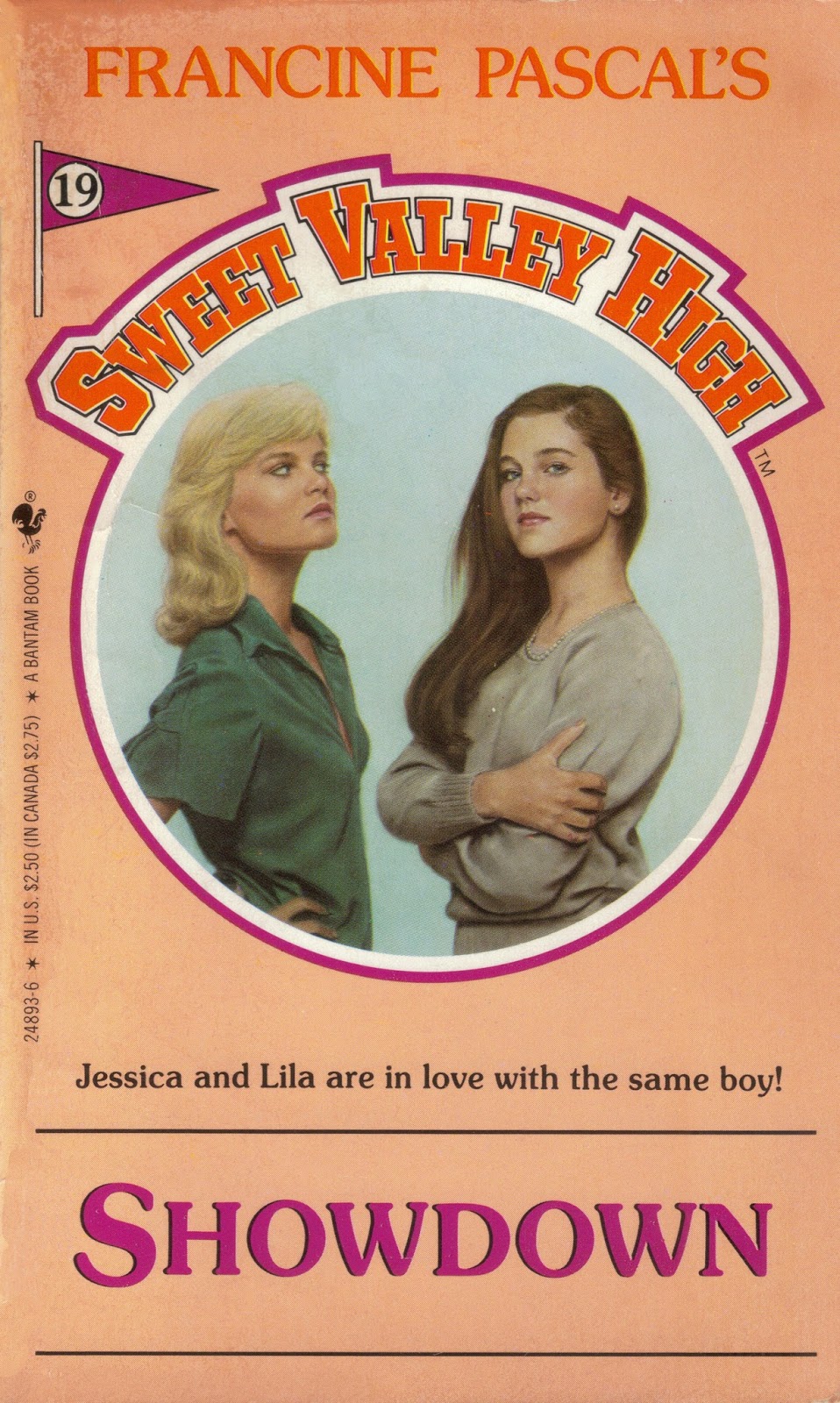 The moral of the story: If you and your friend are fighting over a guy, just let your friend have him. He’d probably try to rob you at knifepoint anyway, and who needs that hassle? The

The moral of the story: If you and your friend are fighting over a guy, just let your friend have him. He’d probably try to rob you at knifepoint anyway, and who needs that hassle?

The Big Deal: Party at Lila’s

Lila’s having a party as an excuse to show off for her newest crush, Jack. As soon as Jessica sees him she decides she wants him for her own so she goes out of her way to be as slutty as possible and get him interested in her. When he says he’s just a construction worker Jessica backs off, but he later tells Lila he was born rich but wanted to strike out on his own. Lila is overjoyed that her crush isn’t just some manual laborer. She promises to keep his secret, but she can’t resist telling Cara. And Cara, of course, can’t resist telling everyone else. Jack meets Nicholas Morrow at the party. Nicholas thinks Jack looks familiar, which makes Jack uncomfortable.

Lila’s father is furious with her for throwing a party in his absence because all his gold cufflinks and tie clips have disappeared. Jessica is pissed that Jack actually made a date with Lila for Friday, but she gets over it when he asks her to go out with him Wednesday. Bruce’s father is feuding with Lila’s father again. Liz is crabby because she’s doing a ton of extra work for The Oracle while Penny Ayala is out with mono. Also, Liz doesn’t like Jack because she’s just got a funny feeling about him. (Liz is now a psychic and a do-gooder.) Jessica goes out with him anyway and thinks she’s in love, but then so does Lila. Jessica is pissed that he actually spent the weekend with Lila instead of just taking her out to be nice like she’d thought he would. She’s determined to make him forget all about Lila.

Jack shows up to take Jessica out again. Liz notices that his eyes are red and he seems out of it, but she’s satisfied with his explanation that he’d been swimming and the chlorine irritated his eyes. Liz is so vanilla. At the movie theater, Jessica wants to treat Jack to popcorn, but her wallet is missing from her purse. Hmm, things seem to disappear whenever Jack is around…

Meanwhile, someone has been leaving photographs at The Oracle office. Nobody knows who it is, but the pictures are great and Penny wants Liz to find out who the photographer is so she can put him or her on the newspaper staff. Liz is staying late at the office one night and finds out the “phantom photographer” is Penny’s freshman sister Tina. She begs Liz not to tell Penny because Penny’s the talented one and blah, blah, who fucking cares? This storyline’s only purpose is to get Liz to see a picture of Enid’s boyfriend George making out with Robin Wilson. This knowledge of course ruins her life for a few days because she can’t eat or sleep or enjoy dates with Todd while she’s worrying about her best friend. She decides to confront George and Robin at the airfield after they receive their pilot’s licenses (setup for the next book: George has a pilot’s license). She finds out George is planning on breaking up with Enid that night and Robin broke up with her boyfriend Allen that morning. Anyway…

Lila gets sick and has to cancel a date with Jack. She calls him on her powder blue princess phone.

Her phone kind of gets mentioned a lot in this book. Jack calls Jessica and tells her he broke up with Lila and wants to take her out. They go to Guido’s (best pizza in California – maybe even the whole country!) and Jack kind of freaks out when Nicholas Morrow comes in with David, a friend from back home. Jack and Jessica leave and Nicholas and David start talking. They realize Jack went to prep school with them. He robbed a girl at knifepoint and got expelled. Knowing Jessica might be in danger, they find Liz and the three of them go searching for where Jessica and Jack might have gone. Liz resorts to calling Lila to get Jack’s address and ends up telling her Jessica and Jack have been seeing each other and that Jack is a piece of crap anyway.

At Jack’s apartment, Jessica goes snooping under the bathroom sink and finds a box full of drugs, “all kinds of drugs.” She takes it into the living room to confront Jack and finds him looking through her bag. She yells at him and he starts strangling her. Just as he tells her he has to make sure she “won’t talk,” Liz, Nicholas and David show up and break down the door and save the day.

“She used to write all the time,” Elizabeth explained, “before she lost all that weight. Remember? When she was the butt of everyone’s jokes instead of the girl all the boys want to date?”

“She used to write because she needed some kind of outlet, a bit of comfort,” Elizabeth continued. “Then when her life did that turnaround and she got onto the cheering squad and everything, she gave it up. I’m trying to encourage her to start again.”

Where in the hell did this come from? I guess only overweight people can write? Also, Liz, way to not let anyone forget that Robin used to be unpopular and miserable. I’m sure she appreciates that. And, just, ugh. Quit interfering. Nobody asked for your help, you meddlesome bitch. (I’ve really been chugging the Haterade today.)

It wasn’t that she couldn’t count on her boyfriend to keep any secret she told him; on the contrary, she trusted him completely. But if Enid didn’t know about George and Robin, Elizabeth didn’t feel she had the right to tell anyone else about them. Even Todd.

Oh, shut up, Liz. If that was me, you know the first thing I’d do is tell my boyfriend about it.

Jessica seated herself tensely on the edge of one of the chairs. She’d never been in an apartment quite this gloomy before.

I don’t think Jessica’s ever been in any apartment before. Only poor losers live in apartments in Sweet Valley.

Jessica and the Number 137:

Hooray! It’s been a while since she’s said it.

“If I’d known you were going to throw a hundred and thirty-seven fits, I wouldn’t have put the dress on in the first place.”

The Cover: Man,Lila is so much prettier than Jessica. And so calm and cool, as opposed to Jessica, who is clearly about to start a fight. If I was a dude, I’d totally choose Lila over Jessica’s skanky ass.